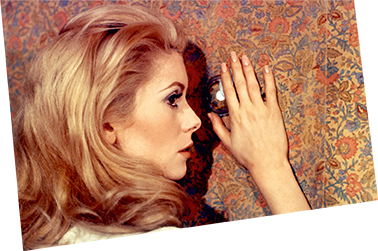 The 3rd edition MEMORY! International Festival of Heritage Cinema will take place in Yangon, Myanmar from May 29 to June 7, 2015 and the thematic this year will be WOMEN!

MEMORY! International Festival of Heritage Cinema was created in 2013, in the continuity of the very few existing festivals entirely focused on classics such as Il Cinema Ritrovato in Bologna (Italy) of Lumière Festival in Lyon (France).

MEMORY! is the sole international film heritage event in Asia and it will be one of the largest cultural events inMyanmar in 2015.

Matching the standards of an international film festival, the objective of MEMORY is to enable access to film heritage, as a key part of memory and source of development/enrichment : 60 films from all over the world will be projected during 10 days, with free access and aprogram designed for the general public. MEMORY! is also a unique annual rendez-vous in Asia for the professionals working in film heritage with a 5-day program of conferences gathering international speakers from May 30th to June 3rd, 2015. Education Programs, in the field of Cinema, are being launched in close liaison with universities and schools.

As for each edition, a theme is chosen for the programming. Building a programming around a thematic offers the possibility for the audience to be “guided” into the richness of the large worldwide cinema heritage. In 2015 the audience will be invited to a “journey” within the selection of films around WOMEN : from a country to another, from early times of the cinema to more recent classics, from a vision to another... Through this selection, the festival aims at opening a window on the world of the past to better understand the world of today. 60 different visions of the women, from 1906 to the 1978… In addition to the films, conferences andmasterclass will be the place for presentations and debates.